Inductance coil winding machine multi-axis thread clamp device can main shortcomings and problems of the existing technology of the service, SMD inductor, chip capacitors and chip resistor is one of the three big chip electronic components, is a circle with a enclosure by wire winding on the insulating tube, insulating tube can be hollow, can also contain iron core or magnetic powder core. Most of the current domestic enterprise, the true line of inductive components such as glue production line are using artificial operation, waste a lot of human resources, efficiency is not high, the quality of the product is not very good guarantee. The traditional way is to one end of the wire winding on the workpiece at the top of the groove, the start winding, after the winding, again will wire terminals on the workpiece into the groove of the top of another, this kind of hanging line methods workpiece cut tin short-circuit phenomenon, thus leading to the generation of unqualified products. 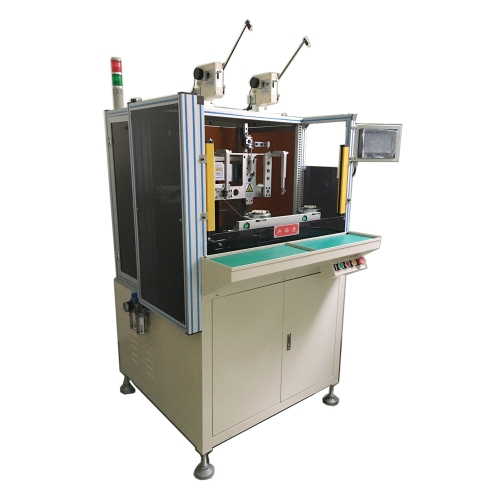